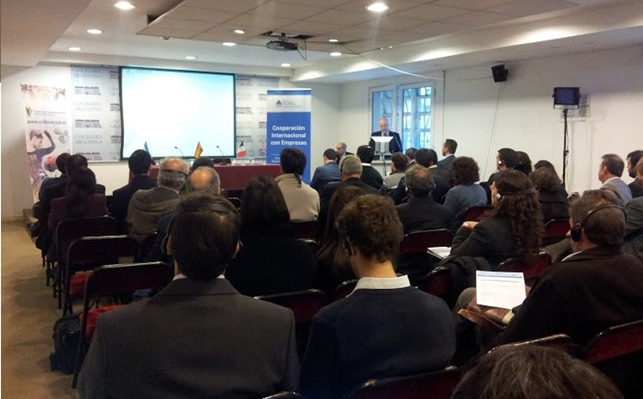 Inside the initiatives of the Argentine Government and the Italian Chamber of Commerce in Buenos Aires, BEDIN Shop System presented aKite to an audience of software companies and potential partners. The meetings were held on June 10th - 11th, 2014 in the prestigious San Martin palace in Buenos Aires, the Chancery representative office.

The South American software market is divided between Brazil, rather autonomous for its language, size and regulations complexity, and the rest of the Spanish speaking continent, in which Argentina has an important role. The export value of software is higher than for its renowned meat!

A similarity between Italian and Argentine market for stores management software is that both countries have adopted the fiscal receipt: a compulsory receipt produced by a special printer approved by the government for sales (and tax) certification. Worldwide, the number of “fiscal” countries is quite broad and growing. aKite manages both fiscal and non-fiscal receipts.