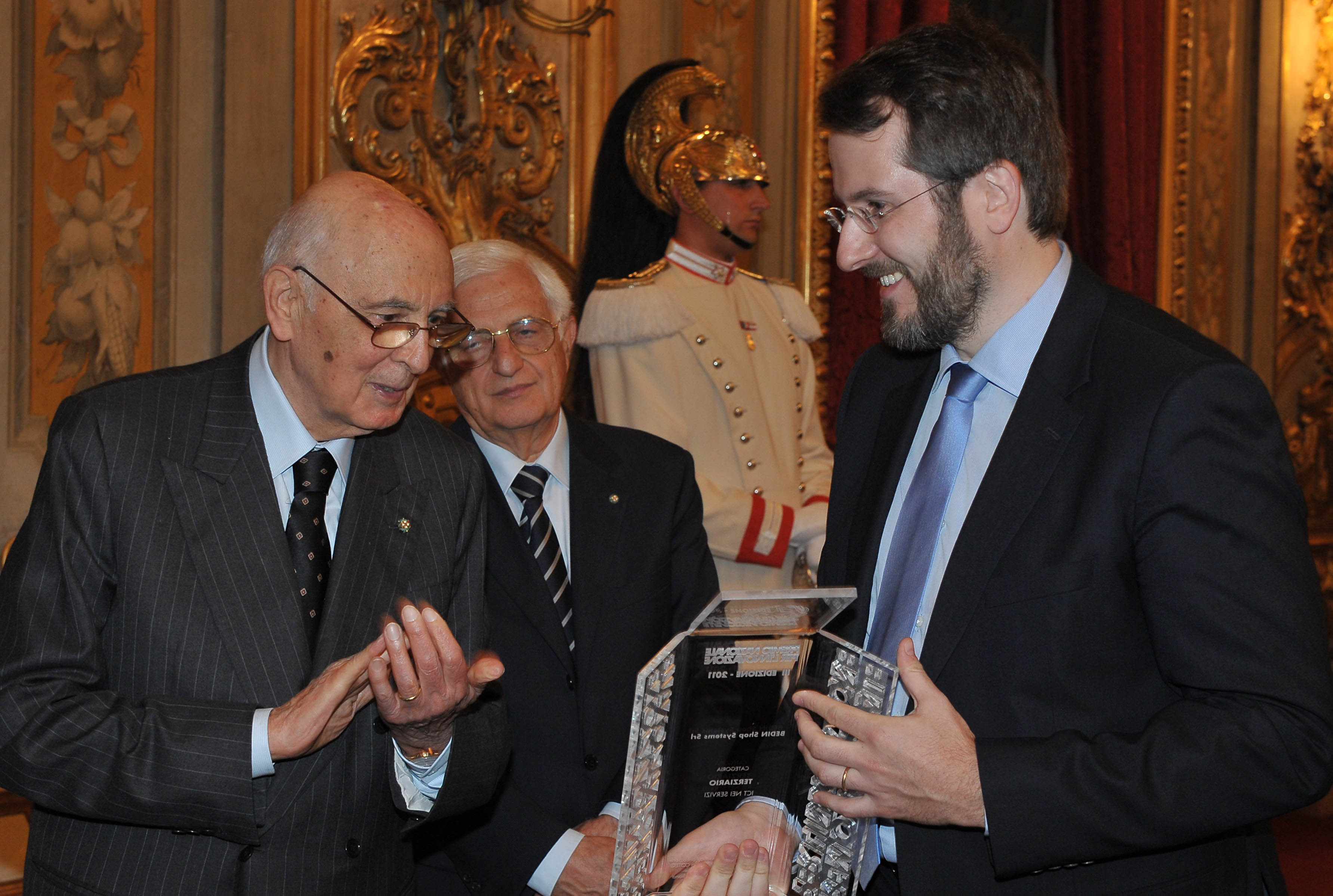 After a nomination in the previous edition, this year BEDIN Shop Systems achieved the Award in the ICT for Services sector “ for having built a complete Could Computing service focused on marketing and sales for Retailers”. The prize was accepted by Davide Bedin, the company CTO who said “The award comes after a long journey on various paradigm changes brought by Internet. The new horizons will benefit the more motivated and creative Retailers”.

The Award for Services sector had been organized by Confcommercio (the main Italian Retailers association). Another ceremony took place in its headquarter in Rome with the association President Carlo Sangalli, the Innovation Commission President Giorgio Rapari and some members from the Scientific committee and the jury.

At the Expositions Palace in Rome was also held a meeting with the press.