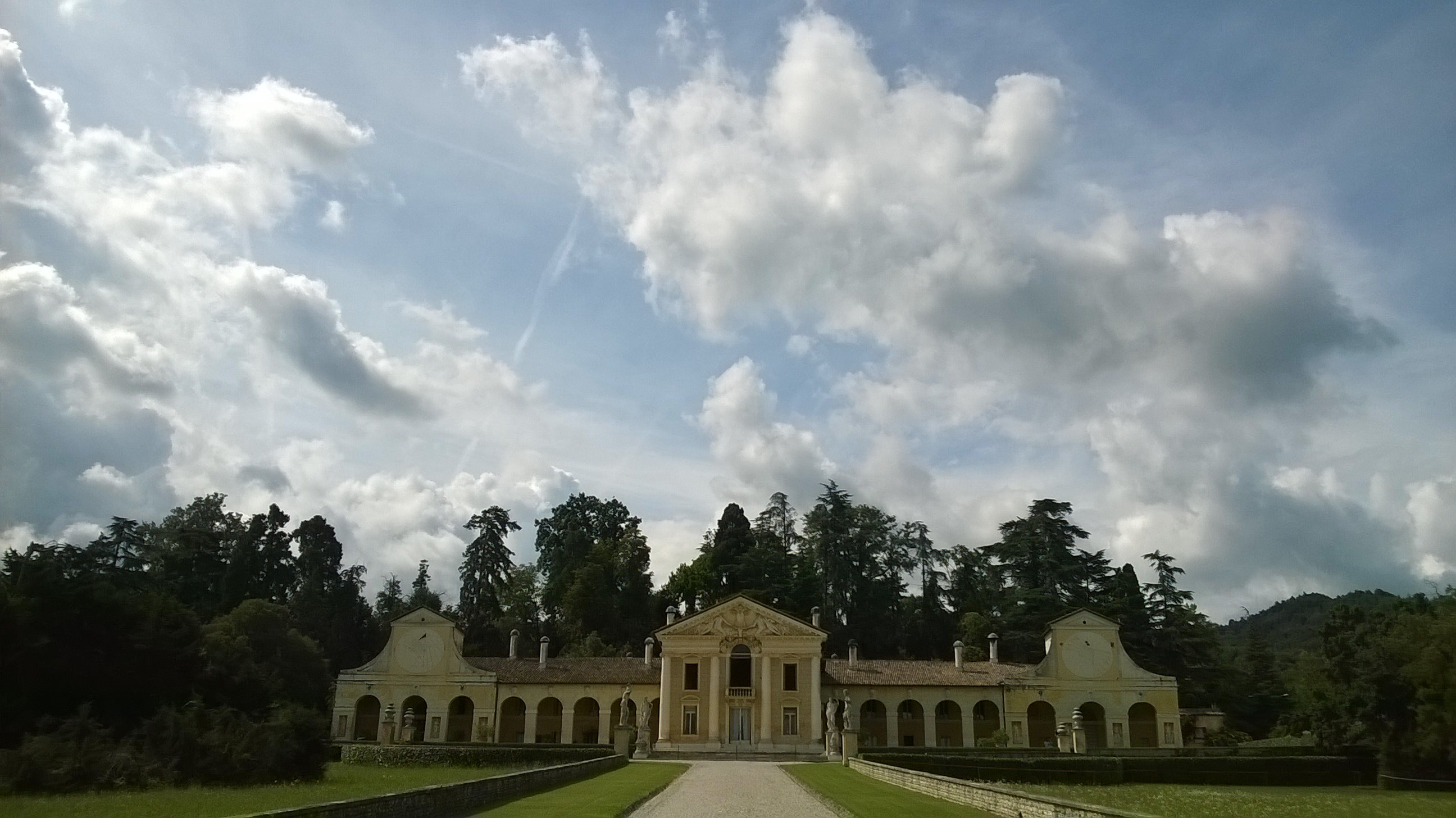 Why Architecture, a discipline related to building design and construction, is so important and often mentioned also in Information Technology? In my view, because it is in both cases the synthesis of different aspects in constant evolution, such as society culture and ambitions on one side and technological and economic constraints on the other, as I will try to explain.

Less than 3 Km. from our offices, at the foot of a hill chain, rises Villa Barbaro: one of the most important Venetian villas of the sixteenth century, designed by Andrea Palladio, who more than any other influenced Western architecture. This building is so important to be a UNESCO world heritage site, along with other Venetian villas and the city of Vicenza.

The Renaissance was profoundly changing the culture and aspirations of the wealthy classes, through the rediscovery of Greek and Roman culture, the cult of beauty and the new centrality of the individual. A less known feature of Palladio was his ability to interpret the new Renaissance soul and celebrate the social position of the clients at a cost affordable by several Venetian families of the time, cleverly reducing the use of marble and replacing it with brick and wood covered by stucco. The country houses as Villa Barbaro, also managed to reconcile the new interest of the rich Venetian for agriculture as a new source of income, with the search for harmony, cultural reflection and social relations.

Few years after Villa Barbaro construction, as evidence of the deep cultural renewal of the time, in Padua, a city at about 50 km and home to the second oldest university in the world, Galileo Galilei was laying the foundations of Western scientific culture based on mathematical models experimentally verified. In the following centuries this approach proved the main factor of technical development.

Palladio was also one of the first to understand the importance of a new medium for ideas dissemination: the book. His "Four Books of Architecture", published in Venice, then a global center of the emerging printing industry, moved all over the world and profoundly influenced Western architecture. Here, too, the cultural impact was multiplied by lower production costs resulting from the introduction of movable type.

The examples of how technology affects the architecture are many. In the middle of last century, with reinforced concrete and pre-fabrication, the Italian engineer/architect Pier Luigi Nervi transformed structures in architectural elements and through ribbing and vaulting, created huge and bright places, impossible with the previous technologies. At the same time he lowered the time and cost of construction.

Architecture up in the Cloud

The changes in society interpreted by Cloud Computing are the mass access to any information through the Internet, increasingly from mobile devices, and the transition from large, integrated and quite closed corporations of the twentieth century to the new distributed and open enterprises of the XXI century. "Federations" of specialized companies, even small ones, which cooperate with each other and with customers to offer new products and services, are becoming more common. Intelligent objects (Internet of Things) also increasingly pervade society and large volumes of heterogeneous data (Big Data) are collected in order to extract new knowledge and optimize resources.

Cloud Computing is a phenomenon born in 2006 with the first Amazon Web Services. It is based on new paradigms authoritatively defined by NIST, such as the resource sharing through multi-tenancy, the wide access through standard Web Services, the rapid elasticity through scale-out and resource pooling, etc. obtaining a very high service level (SLA), scalability and efficiency. Many confuse Cloud Computing with the traditional Hosting, but it is the new software architecture to make the difference. In any case, it is intuitive enough to understand that new requirements cannot be met by architectures and technologies developed for completely different situations.

It is no coincidence that the best way to deliver secure and scalable services is to design according to new Cloud paradigms and the Service Oriented Architecture (SOA) principles. To simplify, SOA is based on autonomous services specialized on basic business functions that communicate via standard messages, so they can be imagined as Lego blocks easily assembled to build more complex and evolving services. The opening of the company to the outside, whether customer’s mobile devices or production or logistics information systems, becomes natural.

Any complex information system, also in previous generations, if lacking of an architectural design consistent with the objectives and technologies adopted, will produces results similar to those that can still be seen today in the Winchester Mystery House in San Jose, California*. A huge home grown spontaneously within a few tens of years, with many doors and stairs that lead nowhere (now a tourist attraction).

The real obstacle to innovation is the human resistance to change and the tendency to take the easy way, avoiding new investments and questioning the established paradigms. This is why Cloud Computing is often a marketing painting on traditional solutions for selling what really is a SoSaaS (Same old Software, as a Service)**. On the other hand, a true SaaS architected for the Cloud are not only safer and more scalable, but also more efficient and especially open to cooperation.