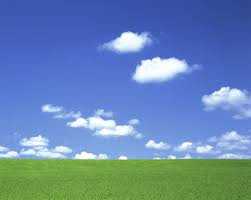 aKite is a Cloud software service for POS and InStore management requiring only low-power standard PC and no servers, neither in stores nor at chain HQ, with a drastic reduction of energy consumption and CO2 emission.

aKite is the most direct link with stores, designed for continuous data sharing inside and outside the chain, ranging potentially from suppliers up to customers, through PCs, tablets or smartphones. The absence of any technical complexity, allows retailers to focus on their business.

You might think that energy consumption removed from the stores and from the chain HQ is simply relocated to the cloud, where is running Retail Web Services, the aKite intelligent Hub, so that the planet does not take any advantage in terms of CO2 . Instead savings are real and often more than 90% !

Many statistics indicate that servers work on average at 20% of their capacity. In other words remain poorly or not used at all for most of the time, but even in this condition the consumption never drops below 50% compared to full utilization. Having to be ready for any request, disks must be spinning and processors powered so servers have a high energy consumption even when idle.

At chain HQ, virtualization (the coexistence of different software defined “virtual” machines within the same physical server) can mitigate the problem if workloads are consistently well distributed. In stores the average utilization of the servers is well below 20% because the workload is concentrated in a few hours of the day and in some day of the week. Despite this, they must be dimensioned to support the peaks that occur only in some periods of the year. Only the complete server removal and overnight workstations shutdown can lead to significant energy benefits, but often this is impossible in traditional solutions to allow updates at night.

The latest generation of mega-datacenters, such as those created by Microsoft, Amazon, Google and the other major providers of public cloud computing, are designed for maximum energy efficiency, not only to respond to current ecological consciousness, but especially to reduce costs and compete in a sustainable way! Energy is the largest cost, exceeding also hardware depreciation and personnel. If in the traditional private datacenter servers were added one at a time and then a rack at a time, Microsoft now uses containers full of thousands low consumption servers, wired and equipped with high efficiency air conditioning.

In other conditions being equal, the power consumption on the Cloud is therefore lower, but a software service like aKite, designed to exploit all the advantages of a modern platform (PaaS), which represents the evolution of cloud computing, makes another leap forward, activating only the resources necessary to ensure optimal service and dropping them when no longer needed, eliminating any waste. In other words, it take advantage of "rapid elasticity", one of five essential characteristics of cloud computing: the one that most differentiates from hosting traditional software. The resources released by a user makes them available to another, perhaps in different time zones, and this resources sharing is a further fundamental reason for Cloud Computing efficiency. With dynamic resources sharing, efficiency goes beyond energy and extends also to the utilization rate and thus the investments.

A full environmental impact analysis must also include the energy to produce, transport, repair, and finally recycle the obsolete equipment. In this area, the containers are extremely more efficient than individual server or rack, not only from the point of view of transport.

Often overlooked is also the resources and energy consumption linked to the exchange of information through the Internet, normally considered negligible, as was the case for water or energy several years ago. Instead, the Internet is an infrastructure with investments and operating costs proportional to the volume of data to be exchanged, in a manner similar to railways and highways.

aKite is designed to use the Internet in the most efficient way, exchanging only the strictly necessary information and sharing it within the store in a peer to peer mode without the presence of a server or a master workstation with related vulnerabilities. This further optimization allows acceptable performance even with slow and intermittent connections.

Traditional architectures are quite heterogeneous and thus energy saving varies from case to case, but we can safely say that aKite makes Retail IT far more environmentally friendly. Its radical innovation represents a discontinuity and a significant improvement compared to hosting in the Cloud. On top of this an energy saving of an order of magnitude (10 times) is easily obtainable and represents only one of the numerous advantages compared to traditional approaches.