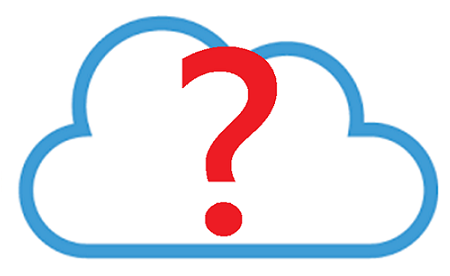 Anyone who deals with Retail has certainly heard of the new small format supermarket with no cashiers that Amazon is testing in Seattle and also that public opening has been postponed for technical issues with more than 20 customers in the store https://www.wsj.com/articles/amazon-delays-convenience-store-opening-to-work-out-kinks-1490616133

Some commentators hinted at problems with RFID sensors, but Amazon declares to use "computer vision, sensor fusion and deep learning", the same Artificial Intelligence technologies at the heart of self-driving cars https://www.amazon.com/b?node=16008589011.

If Amazon had used RFID tags on each product and provided exit lanes with contactless readers, it would certainly have avoided crowding issues, but would have increased management costs. The Grocery industry is working since decades on low margins and high stock throughput, thus the not negligible cost of RFID tags relegates this technology to products with higher unit margins.

Otherwise, Computer Vision techniques can share efficient Cloud services, and the shop fitting investments are limited being based mainly on standard cameras. Software solutions are expensive to develop but cheap to replicate and, with the Cloud, also easy to manage. For this reason “software is eating the world" and Amazon is at the forefront.

The striking acquisition of the Whole Foods chain last month indicates that experiments with the Amazon Go format are not just explorations of possible new territories, but part of a main and long-term strategy that inevitably will set the comparison terms for all consumers.

I guess we can rule out bandwidth problems or scarcity of resources on the Cloud. My guesstimate is that might have been used dumb peripherals, perhaps to reduce fixed investments, and intelligence was only in the Cloud.

Centralized architecture has the advantage of technical and architectural simplicity, but conflicts with latency issues that, especially with Cloud solutions, are by no means negligible. Latency is the time needed for data exchange between two systems. While traveling at very high but not infinite speed, electrical signals must also cross several routing devices, from stores to the Cloud and back. Delays of tens of milliseconds may seem negligible, but if you need dozens of data exchanges with the Cloud to figure out whether the customer is picking up the product, or he is putting it back on the shelf, then it is easy to understand why problems may arise. The bandwidth can be easily increased, but latency reduction is a far more difficult task and falling under certain limits, is impossible.

Distributed architectures, those with a certain amount of intelligence at the periphery, are more complex to design and manage, but have several advantages.

An App is more efficient than a browser-based application because it works in direct contact with hardware with negligible latencies to the local processor. This is one of the reasons behind the "Off-line first" movement, an Applications design to exploit local resources for a more fluid and responsive user experience, while reducing the data exchanged via the Internet and providing some functionality even without connection. For a Retail POS this is not an option, but a necessity.

This orientation follows and expands the "Cloud First" movement, or designing specifically for the Cloud with HW and SW resources sharing between different users, standard API based services and leverage of the rapid elasticity offered by modern Cloud platforms. Hence the recent "Intelligent Cloud & Intelligent Edges" slogan.

Usually all peripherals, whether they are a smartphones or a cameras, have local processing capabilities capable to exchange "refined" instead of "rough" data, saving resources on the Internet and the Cloud. Also, when milliseconds count, local operations have instantaneous reactions, even with inexpensive processors.

Bringing algorithms from the Cloud to local devices can give quantum leaps. At the Build Developer Conference held in Seattle last May, Microsoft demonstrated that the transfer of some algorithms (including Artificial Intelligence based ones) from the Cloud to local devices has reduced reaction times to glitches of a complex machinery from 2 to 0.1 seconds, with an improvement of 20 times https://news.microsoft.com/features/microsoft-aims-empower-every-developer-new-era-intelligent-cloud-intelligent-edge.

Managing large volumes of data and training an Artificial Intelligence algorithm can only happen on the Cloud. However, once synthesized, the algorithm can be moved inside peripherals that monitor the phenomena or recognize images. At a lower level, simple data filtering algorithms can send only relevant data, reducing resources waste on the Internet, on the Cloud, and ultimately direct and indirect costs.